Chemical pregnancies take place before ultrasounds can detect a fetus, but not too early for a pregnancy test to detect levels of hCG or human chorionic gonadotropin. This is a pregnancy hormone the embryo creates after implantation. Your doctor can confirm a chemical pregnancy by testing your blood for it.

Experiencing a miscarriage just one or two weeks after a positive pregnancy test can be devastating. I know because I had two. My loss in 2008 and also in 2011 were both chemical.

The majority of women who have had one never actually realise they’ve conceived since the only real symptom is a late period. A chemical pregnancy is sometimes revealed when an early pregnancy test shows a faint positive result but later returns a negative result in a week or two.

While a chemical pregnancy typically doesn’t cause harm to a woman’s body, it can still lead to feelings of deep sadness and grief.

Most chemical pregnancies are believed to occur because the fertilised egg had some sort of chromosomal abnormality that made it non-viable from the start. When the body recognises this, it will naturally terminate the pregnancy soon after the egg implants.

While the implantation itself is never actually completed, the cells of the fertilised egg will still produce enough of the pregnancy hormone hCG (human chorionic gonadotropin) to elicit a positive pregnancy test result.

Chemical pregnancies are most often identified in women who are undergoing in vitro fertilization (IVF). The heightened anticipation of a pregnancy during IVF may lead some couples to test more frequently and earlier than those conceiving naturally.

It is not always possible to determine the exact cause of a chemical pregnancy. However, potential causes or contributing factors may include:

Doctors don’t know what causes chemical pregnancy, but it’s thought to stem from chromosomal abnormalities that lead to improper development of the embryo. Dr Ashley Storms, M.D., an OBGYN at Spectrum Health in Grand Rapids, Michigan, says other possible chemical pregnancy causes include infection (like chlamydia or syphilis), implantation outside of the uterus, clotting disorders, and anatomic problems. “Another theory involves problems with the endometrial lining, which prevents proper implantation and growth of the embryo,” adds Lauren Averbuch, M.D., a doctor at OBGYN Westside in New York City and a clinical instructor at Mount Sinai Hospital.

Any women can experience chemical pregnancy, but a handful of risk factors may increase your chances. These include maternal age (women over 35 have a greater chance of any type of miscarriage, says Dr Averbuch), thyroid and blood clotting disorders, and other medical issues.

While undergoing IVF treatment doesn’t increase your risk of a chemical pregnancy, it allows more possibility for diagnosis. “Women who undergo IVF have frequent blood tests and monitoring for HCG (a hormone produced after implantation). Therefore a positive HCG will be detected in IVF patients, whereas other women may miss the relatively short-lived positive hormone level,” says Dr Averbuch.

What else you need to know about Chemical pregnancies

Medically, a chemical pregnancy is more like a cycle in which a pregnancy never occurred than a true miscarriage. Emotionally, it can be a very different story. It’s natural to feel upset no matter how early a pregnancy loss occurs — and it’s important to let yourself grieve if you need to. It’s also important to know that a chemical pregnancy is not your fault. Since most miscarriages are caused by chromosomal accidents, there’s nothing you can do to prevent them.

Also know that just because you had an early miscarriage and a chemical pregnancy doesn’t mean that you’ll have another. In fact, although it might sound unfair right now, doctors actually look at a single chemical pregnancy as a positive sign that you can get pregnant.

If it does, they may include:

Advances in pregnancy tests mean that women can now identify pregnancies as early as the first day of embryo implantation which can lead to identifying more chemical pregnancies.

However, research shows that up to 25 per cent of pregnancies result in miscarriage before a woman has any pregnancy symptoms or misses a period.

The symptoms listed above can also occur with a healthy, ongoing pregnancy. If a woman believes that there are any issues with her early pregnancy, she should talk to a doctor.

A chemical pregnancy does not usually require medical intervention or treatment.

How soon can a woman get pregnant again?

Most women can attempt to get pregnant again almost immediately after an early pregnancy loss unless a doctor advises otherwise.

According to the American College of Obstetricians and Gynecologists, it is possible to ovulate and become pregnant again as soon as 2 weeks after an early pregnancy loss.

If a woman has experienced a chemical pregnancy in the past, this does not mean that she will have difficulty conceiving in the future.

In fact, a chemical pregnancy means that an embryo reached the preimplantation phase of development. This is a positive sign that a woman could get pregnant in the future. 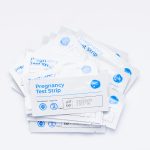 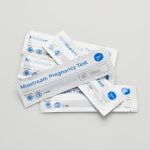 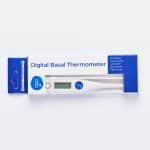