Pregnancy And Trying To Conceive Acronyms

Trying to conceive acronyms – what do they all mean?  Have you ever been reading forums or similar online about trying to conceive, and feel like they have their own language?

Well, this list of abbreviations should help you make sense of all the trying to conceive acronyms that you have read and need answers for. 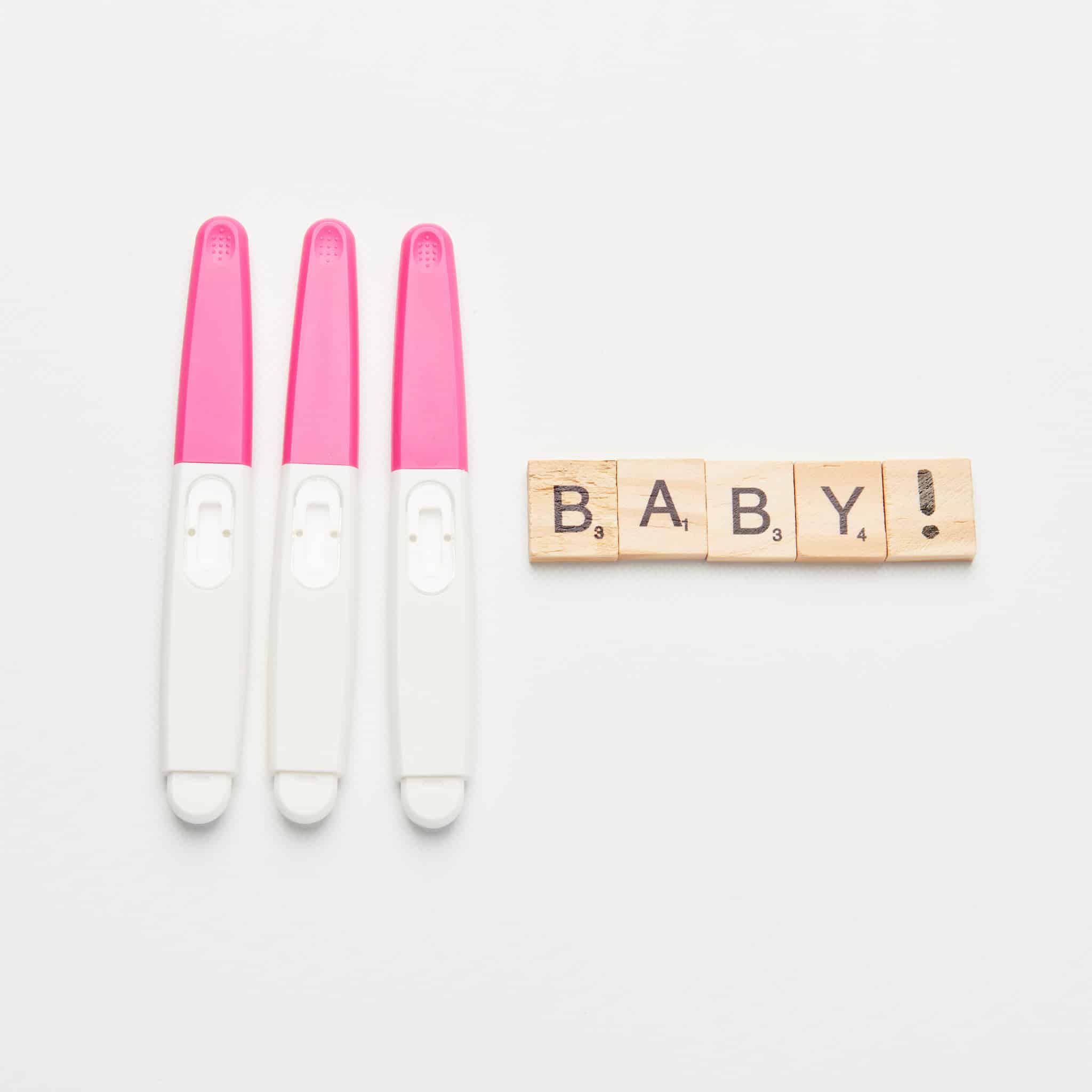 Aunt Flo – (AF) is a euphemism for a menstrual period. It is used to discreetly tell someone that a person is on their period. The abbreviation “AF” is commonly used in online trying to conceive acronyms (TTC) and infertility message boards.

LH – Luteinizing hormone (LH) is a vital hormone for fertility. In women, a monthly surge of LH triggers the release of eggs and stimulates the formation of the corpus luteum in the ovary after ovulation.

LH surge – An LH surge is a rapid increase of the luteinizing hormone (LH) in a woman’s bloodstream that occurs 24-48 hours before ovulation. Using an Ovulation strip test, Ovulation Midstream tests or OPK can help measure LH levels in urine and can identify when the surge has occurred.

Progesterone – Progesterone produced by the corpus luteum is another hormone that is vital for fertility and it primarily aids implantation of the fertilized embryo.

BD – Baby dance (BD) is a lighthearted term for having sex with the intention of getting pregnant.

Baby Dust – is a way to convey good luck to an individual who is trying to conceive a child.

Beta hCG Test – A beta hCG test is a blood test that monitors levels of the hormone human chorionic gonadotropin (hCG) present in the body. This test is commonly used by doctors to either confirm at-home pregnancy test results.

BFP – Big Fat Positive is a reference to a positive result on a pregnancy test.
This is one of the best trying to conceive acronyms you will come across, Many who use the term have been trying very hard to get pregnant, often for a long time, and they have finally received that much-anticipated verification of a positive result

BFN – Big Fat Negative is a reference to a negative result on a pregnancy test.
The term BFN is commonly used on infertility and trying to conceive (TTC) discussion boards and blogs.

EDD – Estimated Due Date is an estimation of when a baby is most likely to be born.
Typically, a pregnancy lasts 40 weeks from the day of conception

TWW or 2WW – Refers to the two week period between when you ovulated and when you’re supposed to get your next period and when you can take a home pregnancy test. If pregnancy is not achieved, the 2WW will end with the start of your menstrual period.

MS – Morning Sickness is a common symptom of early pregnancy and usually starts when you are around 6 weeks pregnant which is around two weeks after your missed menstrual period. Although it is called ‘morning sickness, nausea (with or without vomiting) can happen at any time of the day. Morning Sickness in many cases goes away by the end of the first 3 months

MC – It’s the saddest outcome, but not that uncommon. Many women who are trying to conceive have suffered a Miscarriage.

BBT – Basal Body Temperature is the temperature of the body at resting. using an extra sensitive basal body thermometer that can detect the slight changes in body temperature is an effective tool for predicting when ovulation will occur, and pinpointing your most fertile window.

CD – The term “cycle day” refers to a specific point in a woman’s menstrual cycle. Cycle day starts with day one of a period, which is the first day of bright red bleeding and usually lasts around 21-35 days.

DP5DT – is a term used to count the days that have passed since an embryo was transferred to a uterus during an in vitro fertilization (IVF) procedure. Such as Day 5 post-5-day transfer.

Evaporation Line – This is something that is discussed a lot on trying to conceive acronyms pages and forums, an evaporation line is a colourless line that shows up in the result window of a home pregnancy test (HPT) due to the evaporation of urine. The appearance of this line doesn’t indicate pregnancy.

FAM – Fertility awareness method is the recognition and tracking of a woman’s primary fertility signs (waking temperature, cervical mucus, and cervical position) to determine when she is or is not fertile.

hCG – Human Chorionic Gonadotropin (hCG) is the hormone detected in a woman’s body during pregnancy. Using home pregnancy test, Pregnancy strip test or Midstream Pregnancy test to detect the trace of hCG in your urine

Ovulation calendar – An ovulation calendar is a tool that attempts to predict a woman’s ovulation period based on the length of their menstrual period. The calendars are used to help estimate the time when a woman is most fertile, thereby determining the best time to have sex or to be inseminated for pregnancy.

CM – Cervical Mucus is the vaginal fluid produced by the cervix throughout a woman’s monthly menstrual cycle that helps facilitate conception and allowing sperm to easily swim into the cervix. Your hormonal shifts influence the amount, texture, and appearance of cervical mucus, Monitoring these changes can assist in accurately detecting your most fertile phase.

CP – The ‘Cervical Position’ changes in conjunction with a woman’s monthly cycle. With regular monitoring of the movements of the cervix, it is possible to identify when ovulation is occurring.

DPO – Days Past Ovulation refers to the number of days since ovulation has occurred. Tracking your DPO is generally done to determine when a potential pregnancy can be confirmed through a home pregnancy test.

FMU – First Morning Urine is the sample of urine that is expelled immediately after waking up in the morning. Home pregnancy tests detect the level of human chorionic gonadotropin (hCG) using your FMU will have a higher concentration of hCG. Therefore, using the first-morning urine can better predict pregnancy in its early stages when hCG levels are at their lowest.

O – Ovulation is the monthly development, maturation, and release of an egg from an ovary in preparation for potential fertilization, leading to conception

OPK – An ovulation predictor kit (OPK) or Ovulation test is an easy at-home ovulation test method for tracking when a woman is most likely to become pregnant by indicating when ovulation is likely to occur. On other trying to conceive acronyms pages and groups OPKs may also be called fertility monitors or LH surge detectors.

IVF – In Vitro Fertilization is the most common type of ART.IVF is when a woman’s eggs are removed from her body and fertilized externally, and one or more resulting embryos are transferred to her uterus.

IP – Intended Parent/s is a term for an individual or couple using the third party to build their family such as surrogacy. Couples experiencing infertility or unable to carry a pregnancy, same-sex couples, or single parents may become intended parents by choosing third-party reproduction.

ED -Egg donor is a woman who provides her eggs for women with egg issues, single men, or gay male couples to have the opportunity to experience pregnancy, biological parenthood, or as an avenue to becoming parents outside of adoption. The egg recipient or a surrogate mother can become pregnant with donor egg with IVF treatments.

POF – Premature Ovarian Failure is a condition in which the menstrual cycle stops and the ovaries stop releasing eggs well before age 40. This can result in menstrual irregularity and infertility

PCOS – Polycystic Ovary Syndrome is a hormone (endocrine) disorder in which a women’s levels of estrogen and progesterone are out of balance.

EWCM – Egg White Cervical Mucus is a vaginal fluid produced between the second and third week of a woman’s monthly cycle, around the time of ovulation. Egg white quality cervical mucus indicates that a woman is currently experiencing the most fertile part of her cycle.

TMI – Too Much Information

HPT – A ‘Home Pregnancy Test’ is a self-administered “pee on a stick” method of determining if a woman is pregnant. An HPT measures the levels of hCG present in a woman’s urine. The standard HPT most accurately recognise hCG levels seven to ten days after a missed period. Our Fertility2Family tests can detect hCG levels from 7 days past ovulation.

D&C – Dilation and Curettage is a surgical procedure to remove tissue from the uterus. A D&C is performed for several reasons such as unexplained uterine bleeding, bleeding after menopause. Along with different treatments of a condition:

Following a D&C it is common to experience several days of light vaginal bleeding and mild discomfort.