Cervical stenosis is a rare but serious condition that may result in female infertility. Cervical stenosis occurs when the aperture to the cervical canal is smaller than it should be and, in extreme situations, completely closed. It may obstruct sperm from reaching the egg, complicating reproductive procedures such as insemination or in vitro fertilization (IVF).

To grasp how cervical stenosis might result in infertility, it’s necessary first to comprehend the cervix. Your cervix serves as a gateway and passageway between your vagina and uterus. The external os or cervical aperture is at the end of the vaginal canal.

When you get a pap smear, the pathologists sample the cells from this area. With your fingertips, feel this area of your cervix. Indeed, some women use cervical changes to determine ovulation.

Cervical stenosis may manifest itself in any of these locations or all of them simultaneously. Typically, however, the issue is discovered at the external os. The cervix is critical for fertility and pregnancy in the following ways:

Endometrial tissue leaves the uterus through the cervix during menstruation. the cervix acts as a conduit for sperm to migrate from the vagina to the reproductive system.

It includes tissues that produce mucus; cervical mucus is necessary for sperm to migrate successfully upward to the cervix during ovulation. It also serves as a barrier to infection and undesirable germs.

The cervix produces a mucus plug during pregnancy to protect the baby. Additionally, it stays securely closed, serving as a seal, until delivery.

Cervical Stenosis: What Is It?

Stenosis is a medical word that refers to any constriction of a bodily passageway from the arteries to the spinal canal. Cervical stenosis (abbreviated “cervical stenosis”) refers to the contraction of — you guessed it — your cervix. Sometimes you are born with a small cervical canal, but more often than not, it is the result of surgery such as a LEEP or cone biopsy, during which your cervix is cut open. In extreme instances, the blood sloughed off each month during menstruation becomes unable to flow through the cervix, resulting in a painful obstruction.

Cervical stenosis often manifests by spotting or decreased bleeding and severe cramps. Cervical stenosis may affect fertility by making it more difficult for the sperm to reach your uterus. The good news is that this is a very curable ailment. Your doctor may use a local anesthetic to dilate the cervix or, in some situations, remove some cervical tissue to create a wider canal. If you’re experiencing severe cramps but little to no bleeding around your period — and particularly if you’ve recently had a cervical biopsy or any comparable treatment — see your doctor to rule out stenosis.

Studies show that cervical stenosis may hurt fertility, both directly and indirectly.

Sperm passage is obstructed or restricted: If the cervical aperture is blocked or restricted, sperm cannot go up to the fallopian tubes (where they meet and fertilize the egg).

Inflammation of the uterus and risk of endometriosis: Menstrual bleeding might reduce (in extreme instances) or be restricted and unable to flow freely externally. It may result in the uterus being engorged with blood, resulting in discomfort and irritation. A hematometra is the technical term for this.

When an infection arises, the uterus may become infected and fill with pus. Pyometra is the medical word for this. Even with a slightly open cervix that allows blood to flow outward, menstrual blood may periodically backwash up into the fallopian tubes, resulting in endometrial lesions and endometriosis.

Complications Associated with in Vitro Fertilization

Both IUI and IVF entail the insertion of a catheter into the cervix. The catheter transfers properly cleansed sperm during IUI. The catheter is used in IVF to transport embryos.

In either situation, therapy might become complex if a blockage is present in the cervical hole or it is too small to accommodate the catheter.

Forcefully inserting the catheter is not feasible (or recommended). However, there are ways to create a route. (More on this in a moment.)

Cervical stenosis treatment may weaken the cervix or result in cervical tissue damage.

Later in pregnancy, this may result in an incompetent cervix.

When the cervix is not closed or strong enough to maintain the pregnancy, it is said to be incompetent.

It may result in the loss of a second-trimester pregnancy or an early delivery. However, there are ways to mitigate this danger. (See further information below.)

What Factors Contribute to Cervical Stenosis?

If the pathologist detects abnormal cells during a pap smear, your doctor may need to remove a slice of tissue from your cervix. The doctors perform this procedure via cone biopsy or loop electrocautery excision (commonly known as LEEP).

Scar tissue might grow over the cervical opening as your body heals after the biopsy. Cervical stenosis may develop as a result of this. 5 Additional causes of cervical stenosis include the following:

Diagnosis and Signs and Symptoms of Cervical Stenosis

Doctors might be able to detect cervical stenosis via an investigation of symptoms or may not be recognized until fertility testing or therapy. Menstrual irregularities, severe menstrual cramps, and no period or very mild spotting are all possible indications.

If these symptoms develop after surgery, cervical stenosis is a substantial possibility.

Additionally, infertility may be a sign of cervical stenosis. Cervical stenosis may be suspected during fertility testing if an HSG is difficult to complete. An HSG is a special x-ray that includes injecting a dye into the female reproductive system through the cervix. Typically, the doctor will insert a catheter into the cervix’s external os. The doctor then injects a dye and then obtains x-rays. The x-rays should reveal the presence of open fallopian tubes and the morphology of the uterine cavity.

What if Your Doctor Can’t Put a Catheter?

However, cervical stenosis may be a concern if the catheter is difficult to put, uncomfortable, or the dye does not pass through the cervix. If this occurs, you might need hysteroscopy as a follow-up procedure. Additionally, doctors might use this fertility test to diagnose and treat cervical stenosis.

Doctors might be able to diagnose cervical stenosis during fertility therapy. (If you’re wondering how your doctor overlooked it during testing, corrected cervical stenosis can recur after treatment.) If there is difficulty putting the catheter for insemination or embryo transfer during IUI or IVF, cervical stenosis may be a problem.

It is possible to correct cervical stenosis; however, the danger of scar tissue re-closing the aperture exists. There are many strategies for minimizing the potential of re-narrowing.

Dilators are One Kind of Therapy for Cervical Stenosis

The dilators are a series of thin rods growing in size. Even the tiniest dilator may be too big so that the doctor might employ a wire.

It may be accomplished at the physician’s office. A paracervical block, an anesthetic, alleviates discomfort during the treatment. Your doctor begins with the smallest dilator possible and gradually increases the size until the opening is of the required size.

Occasionally, your doctor might implant a stent to maintain the opening of the cervix and prevent scar tissue from regenerating and sealing the opening again. A stent is a tube-shaped device. After many weeks, your doctor will remove the stent.

According to one research, surgical dilatation successfully corrected stenosis in most instances but had to be done often.

What if Dilators are Not Effective in Treating Cervical Stenosis?

If dilators are ineffective or not indicated, surgeons often use hysteroscopic shaving. It is a surgical technique that accompanies a hysteroscopy. Another possibility is laser therapy, in which the surgeon vaporizes the scar tissue using a medical laser.

After treating the cervical stenosis in women who are not attempting to conceive, they might receive an IUD. The IUD prevents the recurrence of scar tissue. If you choose to develop in the future, your doctor will need to remove your IUD.

Cervical stenosis therapy carries some risks. The odds vary according to the form of treatment employed, but some hazards include uterine puncture, incompetent cervix, and infection.

Cervical stenosis may sometimes be the main cause of infertility, in which case you may be able to conceive naturally after therapy. Your doctor will recommend a period for self-conception, most commonly six months. If you cannot conceive, you might need to explore other avenues.

Treatment with IVF and IUI

If your fertility expert identifies cervical stenosis during IUI therapy and hinders the process, they may choose to implant the pre-washed sperm intra-cervically rather than inter-cervically. Although pregnancy success is less probable, it is still possible. Once your doctor detects cervical stenosis, they should be able to treat it and arrange another IUI.

With IVF, your doctor should preferably do a mock embryo transfer before beginning your IVF cycle. It will indicate any potential complications, such as cervical stenosis. What happens if your doctor identifies cervical stenosis at the embryo transfer stage of an IVF cycle? Your physician may try cervical dilatation first and then do the transfer. However, the research is conflicting on whether or not this affected pregnancy success rates.

As previously stated, treating cervical stenosis may raise your chance of developing an incompetent cervix or premature delivery. The cerclage procedure is one method of reducing the risk of preterm delivery. Cervical cerclage is a procedure in which your doctor sews the cervix shut early in pregnancy.

Doctors remove the sutures at 36 weeks to avoid interfering with normal cervical dilatation and birthing. 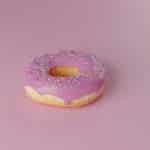 How to Check Your Cervix and Cervical Position 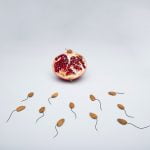 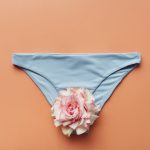