Eating disorders, including anorexia and bulimia, may hinder your ability to conceive. Fertility difficulties may emerge throughout the disorder’s course or years after remission. One research indicated that women with a history of bulimia and anorexia were almost twice as likely as the general population to have seen a physician about reproductive issues. Other studies have revealed that women with eating problems are not always more prone to infertility.

While women are more commonly associated with eating disorders, males sometimes suffer from disordered eating and, as a consequence, may have diminished fertility.

What relationship exists between eating problems and fertility? Even if you are presently dealing with or have previously suffered from an eating issue, is it possible to get pregnant on your own? What happens if pregnancy occurs?

Additionally, binge eating is an eating problem that may result in obesity and impaired fertility. While the emphasis is on anorexia, overeating and binge eating without subsequent attempts to purge may also lead to infertility.

Bulimia, Anorexia Nervosa and Other Specified Feeding or Eating Disorder (OSFED), and bulimia nervosa, previously known as Eating Disorder Not Otherwise Specified, are the three most prevalent eating disorders (EDNOS) in Australia.

The condition occurs when a person refuses to eat and excessively restricts calories to lose weight or maintain abnormally low body weight. An individual’s BMI defines the degree of anorexia. A person with a BMI of 17 has moderate anorexia, whereas someone with a BMI of 15 has severe anorexia.

The Body Mass Index (BMI) is an antiquated, unreliable metric that fails to account for various variables, including body composition, ethnicity, race, gender, and age.

Despite its flaws, BMI is frequently utilized in the medical community because it is a cheap and rapid approach for measuring probable health status and consequences.

Some individuals with anorexia nervosa constantly consume a very low-calorie diet, while others may have bingeing episodes. Self-induced vomiting, laxatives, or extreme exercise follow these binges.

Recurring bouts of feasting followed by inappropriate attempts to “make up” for the excess are characteristic features of Bulimia Nervosa. Bulimia is often associated with self-induced vomiting, although it may also include using enemas, laxatives, extreme exercise, or periods of restricted nutrition or fasting.

Bulimic men and women in Australia may be underweight, although their weight is often normal or slightly over average. It does not imply that they are nutritionally healthy or have healthy fat and protein intake.

Some men and women have eating disorders that may not precisely fit under anorexia nervosa or bulimia, but they have mental and physical health issues. Over fifty percent of individuals with an eating problem fall under the Other Specified Feeding or Eating Disorder (OSFED) group. OSFED may have as severe health implications as anorexia nervosa and bulimia.

The Effects of Eating Disorders on the Reproductive System

Bulimia, Anorexia, and OSFED present distinctive physical and mental health difficulties. The potential problems differ among the three, and the health issues associated with eating disorders may be fatal. For instance, individuals with anorexia may have severe cardiac difficulties. Mental health clinicians regard anorexia as one of the deadly mental conditions.

What These Health Conditions Have in Common

How specifically do eating disorders relate to the reproductive system?

For hormonal equilibrium, the body must have healthy fat stores. Body fat, commonly known as adipose tissue, is widely maligned, yet fat is essential!

In addition to their many other functions, fat cells produce and synthesize hormones. For instance, if you have too little fat, your body will not make enough estrogen. Your reproductive system will not operate at its best if you do not create enough estrogen.

But not everything is about fat. For example, women with bulimia nervosa may have a normal weight but irregular or nonexistent periods.

Researchers have uncovered links between the quality of a person’s food and the likelihood of reproductive difficulties, while the relationship between nutrition and fertility is poorly understood. It is true for both genders.

Individuals with an eating problem are more prone to a diet deficient in essential nutrients. Suppose people force themselves to vomit or use laxatives or enemas to clear their intestines rapidly. In that case, their body will not have the time necessary to absorb the nutrients from the food they consume.

Your body needs an assortment of vitamins, minerals, and proteins, as well as enough water.

If your body lacks vital nutrients, your sperm and egg cells may be of inferior quality. In addition, your body may have problems producing reproductive hormones. It may result in diminished fertility.

If you are not regularly menstruating, you are likely not ovulating properly. Inability to ovulate regularly will make conception difficult.

Women with a low body mass index, poor caloric intake, and strenuous activity were more likely to have menstrual abnormalities.

Even though a woman’s menstrual cycle might indicate reproductive issues, it is not always a reliable indicator of fertility health. It is possible to conceive with irregular periods, yet it is also possible to have infertility with fairly regular cycles.

Reduction of Ovaries and Uterus

Pelvic ultrasound investigations have shown that the ovaries of certain women with anorexia, notably those whose periods have ceased, have shrunk to prepubescent proportions. Some women also had uterine sizes that were lower than average.

It is likely a result of the aberrant hormone levels brought on by a lack of healthy body fat.

Unfortunately, scientists have conducted substantially fewer studies on the effects of eating disorders on male fertility. Based on the little data available, we know that the unusually low-fat levels in these guys result in abnormally low levels of testosterone and other critical reproductive hormones.

When these male reproductive hormones are deficient or out of balance, sperm count and general health are likely to suffer. In addition, the males may be more prone to develop reduced libido and erectile problems.

What You Need to Know About Highs and Lows of Testosterone

Functional hypothalamic amenorrhea is the medical diagnostic that clinicians give to a woman who does not have menstrual periods but does not have a particular reproductive “disease” causing the absence of periods. In other words, her absence of menstruation is not the consequence of an inherent problem but maybe the effect of intense dieting, excessive exercise, or extreme stress levels.

Pregnancy with an eating problem poses possible dangers and consequences for the unborn child. Women with an eating disorder history may feel psychological anguish during pregnancy, particularly as they gain weight and their “baby bump” increases.

The most effective fertility therapy for women with an eating problem is the treatment of the eating illness itself. In other words, the lady has to consume more calories, exercise less, and achieve a healthy body weight. It should result in the resumption of ovulation, allowing the lady to conceive regularly (assuming nothing else is wrong.)

Counselling in the areas of psychology and nutrition would be most effective. If required, the lady might return to the reproductive specialist or gynecologist for additional therapy after the eating issue is under control.

Effects of Eating Disorders on Fertility Over the Long Term

Can an eating problem affect fertility even after recovery? It is ambiguous.

Separate studies, however, have revealed no long-term consequences on fertility.

Consider that the long-term effects of your eating problem may vary depending on your condition’s severity. For instance, severe anorexia may cause lasting harm to the heart, bones, and reproductive system.

Do not assume you will have long-term reproductive issues. It is quite likely that you will conceive effortlessly.

The best action is to speak with your gynecologist about your eating problem history. They may do simple fertility tests to see whether everything is healthy or if there are possible issues.

Some women with an eating disorder history believe they cannot get pregnant. They neglect to take contraception and get pregnant as a result.

Women with anorexia are twice as likely as the general population to encounter an unintended pregnancy. It is probably because these women believe they cannot conceive if they don’t have periods or irregular periods. It is false. With irregular menstruation, it may be less probable that you may conceive, but it is still possible.

You must utilize birth control if you do not want to get pregnant.

Impact of Eating Disorders on Pregnancy and Delivery

Eating disorders may have negative effects on pregnancy and labor. A current eating problem may jeopardize the fetus’s health, and a current or past eating disorder can endanger the mother’s mental health.

Depression during pregnancy or after delivery

For the safety of your and your baby’s health, you should get treatment throughout pregnancy if you are now suffering from or have previously battled with an eating problem.

Counselling with a therapist and dietitian may help you make healthier decisions for yourself and your baby and reduce the stress of pregnancy and labour.

Treatments for Infertility and Eating Disorders

Is it possible to undergo fertility therapy if you have an eating disorder? Ideally, you should meet with your fertility doctor (or gynecologist) and your mental health counselor to determine the optimal course of action.

Remember that entering pregnant with an active eating problem endangers your health and the health of your unborn child.

Regarding ovulation induction with fertility medicines, the current suggestion is that women with a BMI of less than 18.5 should not utilize fertility treatments. If this is the case, your physician may refuse to provide fertility medicines. It is for your and your child’s protection.

If your ovulation problems result from an eating disorder, you should know that gaining weight, eating a healthy diet, and exercising less may be sufficient to resume your menstrual cycle. Then, you would be able to conceive naturally and not need fertility medicines.

What about eating disorder-related male infertility? Infrequently are fertility therapies used to treat male infertility linked with an eating issue. However, gaining weight and consuming a healthy diet may be sufficient to increase your sperm health and restore your fertility.

Eating disorders such as anorexia nervosa and bulimia are detrimental to your physical and mental health. Even if you start in almost ideal health, having a child is difficult! Give yourself and your unborn child the greatest possible chance of a safe pregnancy and delivery by immediately seeking treatment or support for your eating issue. 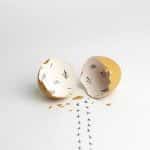 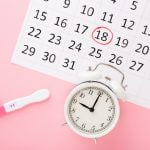 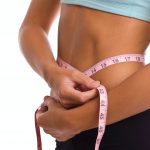