Why Don’t I Have Any Cervical Mucus? Causes of Vaginal Dryness

Cervical mucus is essential for pregnancy. Fertile cervical mucus, also known as egg white mucus, is required for sperm to survive and travel from the cervix to the uterus and, ultimately, the fallopian tubes. Some contraceptive treatments might tamper with cervical mucus and prevent conception.

The presence of cervical mucous issues in Australian women might impede pregnancy. Mild instances may lengthen the time required to conceive but may not always result in infertility. Serious problems with cervical mucus may need reproductive therapy or hormonal assistance.

The function of Cervical Mucus in Pregnancy

Cervical mucus is vital for conception because it provides the optimum environment for sperm to flourish and travel freely.

Before ovulation, cervical fluids will rise and become more consistent with raw egg whites. In this state, cervical mucus actively feeds sperm cells and improves their mobility through the cervical canal.

Any issues with the mucus might hinder this process and make conception more challenging.

Cervical mucus hostility is a word that may refer to a variety of cervical fluid-related issues. Among the most prevalent causes

A thick, dry, or sticky mucus is typically the result of hormonal abnormalities and commonly co-occurs with ovulation issues. The thicker consistency of the cervical mucus might inhibit sperm motility directly. It may be an adverse effect of some medications.

The environment created by acidic mucus is unfavourable to sperm. In addition to hormonal imbalances, a bacterial or yeast infection may also be responsible for the acidity.

Inflammatory cells form as a result of an infection. When this occurs in the vaginal or cervical lining, the cells may actively target and destroy sperm. Anti-sperm antibodies are protective proteins produced by the immune system due to a previous infection in which sperm was either present or implicated. Although uncommon, these antibodies may also target and damage sperm.

Some drugs used by Australian women might cause your cervical mucus to become drier or of worse quality. These medications may include:

Even though cold and allergy drugs may reduce cervical secretions (just as they can dry up nasal mucus), it is unclear if they might induce infertility. Typically, these medications are used for a brief duration and provide little cause for concern.

If you are worried about the impact of cold medications on your fertility, you might try using a neti pot (with sterile, distilled water) to flush your sinuses. A lotion or aromatherapy treatment with menthol or eucalyptus is another possibility.

Consult your psychiatrist if your antidepressant is drying up your cervical mucus and possibly affecting your libido. There may be other options available.

Inform your gynecologist or reproductive endocrinologist of any medications you take, even if you believe they do not affect your fertility. Your primary care physician and fertility specialist may need to collaborate to determine the optimal treatment for your general health and fertility.

Never stop taking a drug or altering the dose without seeing your doctor.

Effect of Clomid on Cervical Mucus

You may have noted that we included the fertility medicine Clomid in the preceding list. Paradoxically, a medication intended to aid in conception may cause issues with sperm reaching the correct location for conception.

Not all women who use Clomid will suffer issues with substandard mucus. It is more typical to have this side effect with larger Clomid doses. 4 You should inform your doctor if you have vaginal dryness or lack viable mucus while taking Clomid. Your physician may prescribe estrogen in the suppository form to counter the negative effect. Another alternative is to use a lubricant that is safe for fertility.

You may have fewer fertile days and lower cervical mucus levels as you age. The amount and the mucus quality might also decrease with age.

You may have experienced up to five days of excellent mucus in your 20s. In your 30s and 40s, you may only get one or two days of vacation. Occasionally, the cervical mucus never reaches the consistency of raw egg whites and stays fluid.

It will vary considerably from person to person.

There is no way to accurately forecast how many days of excellent mucus a woman will have based on her age alone.

The more days you have of high-quality mucus, the higher your chances of becoming pregnant. However, it is still possible to conceive with just one or two days of viable cervical mucus.

Regardless of the number of cervical mucus days you have, if you’re over 35 and have been trying to conceive for six months without success, you should seek a fertility assessment.

Douching and its Effect on Cervical Mucus

The cervical mucus required for conception may be washed away by vaginal douches. Douching may also remove beneficial bacteria, increasing the risk of a vaginal infection.

It is advisable to avoid vaginal douching and “feminine deodorants.” Even if you’re not attempting to conceive, you should avoid them!

A foul vaginal odour might be a sign of a vaginal infection. If you are concerned, consult your doctor for a checkup.

If you have a yeast infection, you may be able to cure it with over-the-counter treatments or, in rare situations, with prescription drugs. Numerous antifungal drugs may induce vaginal irritation and pain, making sexual activity difficult. You may begin attempting to conceive following therapy, which is often brief.

Discussing unpleasant vaginal smells with your doctor may be embarrassing, but it is essential for your general health and fertility. STDs may also cause reproductive issues, such as uterine and fallopian tube infections. The condition must be promptly detected and treated.

Injuries or cervix surgeries may also cause mucus production difficulties. If you have ever had a cervical cone biopsy, you may generate less cervical mucus than before.

Can Being Underweight Affect Cervical Mucus?

Before ovulation, estrogen causes an increase in the secretion of mucus. Your estrogen levels may be low if you are underweight, engage in heavy activity, or are a professional athlete. It may result in lower-quality cervical mucus and ovulation issues. Gaining weight or reducing your workout program may be beneficial.

A hormonal imbalance may also contribute to the absence of mucus. If you are not ovulating, your cervical mucus may not be fertile. It is also possible to have an abundance of viable cervical mucus yet not ovulate (known as anovulation), depending on the cause of ovulation issues.

There is a multitude of potential reasons for anovulation. A few examples are thyroid imbalance, hyperprolactinemia, polycystic ovarian syndrome, and primary ovarian insufficiency. The treatment of an anovulatory cycle will differ based on the underlying problem.

Cervical mucus therapy might differ upon diagnosis dependent on the underlying reasons and other contributing variables (including age, smoking, and medication use). It might include: Your doctor treats any vaginal or cervical infection with an antibiotic or antifungal.

Changing the therapy or decreasing the Clomid (clomiphene) dosage may induce mucus hostility since larger dosages.

Taking an over-the-counter cough medicine containing guaifenesin, an expectorant known to decrease cervical mucus, may boost fertility, but this is debatable.

During Intrauterine insemination, the fertility experts introduce the sperm directly into the uterus.

Rarely, if these treatments are unsuccessful and infertility continues, in vitro fertilization (IVF) may be considered. Despite claims to the contrary, no proof drinking more water or consuming less dairy may improve the quality or production of cervical mucus.

Vaginal steaming is the traditional use of herbs and steam on the vulva. It’s often used as a postpartum healing aid and is excellent for boosting cervical mucus. Steaming improves circulation and infuses your womb with vitality. BabyGlow Doula provides virtual steam rooms. Studies show that abdominal massage increases cervical mucus via concentrated manipulation and improved circulation. If local choices are limited, Indigemama offers an excellent self-massage lesson.

The following recommendations do not address the underlying reason for the lack of cervical mucus. Still, they are typically effective if a lack of mucus impedes your chances of conceiving.

Conceive Plus fertility lubricant is a pH-matched lubricant for sperm (and fertile cervical fluid). Using it during sexual activity may eliminate the requirement for viable mucus while attempting to conceive.

A few days of Mucinex use before ovulation will increase all forms of mucus in the body. For some, it is sufficient to result in pregnancy.

If none of these methods are effective and you ovulate frequently, IUI might be a viable alternative for you. 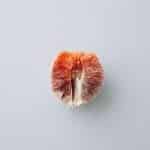 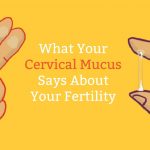 Can I Have Fertile Cervical Mucus and Not Ovulate?