Ovulation Signs; 7 Things You Might Not Know About It

In a poll of 1,000 women between the ages of 18 and 40 regarding fundamental female reproduction, more than half of the respondents were unsure of or lacked key facts about becoming pregnant and female fertility.

Therefore, you are not alone if you’re confused about ovulation and conception. The following information about ovulation can help you make educated choices about establishing a family, particularly if you are in Australia.

What exactly is the process of ovulation?

The proliferation of follicles in the ovaries is a direct outcome of the stimulation of the ovaries by reproductive hormones throughout the course of the menstrual cycle. Every follicle contains an undeveloped egg, which is also referred to as an oocyte.

Ovulation is the process by which an egg or ovum is expelled from the ovary in preparation for fertilization. Even though there may be a large number of developing oocytes at the beginning of a cycle, only one egg is normally released.

Following the process of ovulation, the egg travels via the fallopian tubes to the uterus. If the conditions are right, sperm will come into contact with the egg, which might lead to pregnancy.

Before you can ovulate, you need to engage in sexual activity.

If you want to increase your chances of becoming pregnant, you should try to have  sexual activity before your ovulation rather than after it. Fertilization of the egg must occur during the first 12 to 24 hours after ovulation, despite the fact that sperm may remain viable for up to five days.

In a perfect world, the sperm would have already been prepared and be waiting for the egg. Because of this, the bulk of ovulation symptoms manifests themselves in the days leading up to the release of eggs. The most fertile part of a woman’s cycle is two to four days before ovulation.

There are a Number of Signs That May Point to Ovulation

When you are trying to start a family, it is useful to be aware of the times of your cycle when you are most fertile and when your ovulation will occur. It’s possible that using these methods of ovulation detection can increase your chances of becoming pregnant.

If ovulation is about to occur, several aspects of your vaginal discharge can point in that direction. The heightened level of estrogen that occurs before ovulation causes an increase in the release of mucus from the cervix. Cervical mucus also alters in appearance, going from having a texture that is stickier and more clumpy to having a texture that is more similar to raw egg whites.

If you see discharge on your underwear or toilet paper, or if you directly examine your cervical mucus, you may be able to estimate the time of your cycle when you are most likely to get pregnant.

You may also buy ovulation tests that tell you when you are getting close to ovulation. Like pregnancy tests, you have to urinate on the test or dip a test strip into a cup of urine to get a result.

The test strips that are used to predict ovulation (LH) detect the luteinizing hormone. The levels of the hormone LH grow just before ovulation to give the egg a helping hand as it completes its last stages of development. Ovulation typically occurs around 36 hours after the LH spike in a woman’s cycle. If you measure your LH levels, you will be able to time sexual activity more accurately.

Opening of the Birth Canal

You may also check your cervix on your own since the degree to which it is open varies during the course of your menstrual cycle. As the time for ovulation draws near, the cervix moves higher, becomes more sensitive to touch, and opens up very little. When a woman is not fertile, her cervix will be lower, more solid, and closed than normal.

You are able to identify the day of ovulation each month by using your basal body temperature as your guide. If you implement your temperatures into the charting software, it will estimate the number of fertile days you will have throughout the month based on the average temperatures for the previous months. This tactic will only work if you have consistent periods throughout the month.

You may be able to better predict your most fertile days with the assistance of online ovulation calendars and calculators. These work by determining the length of your typical menstrual cycle and estimating when you will most likely ovulate based on the cycles you have had in the past. These results are sufficient if you have regular cycles, however, it should be noted that this method is in no way precise.

You can determine the days of the week when you are most fertile by using ovulation prediction tests.

According to the findings of a number of studies, this may make pregnancy easier. However, your hormones are also contributing to an increase in the desire to engage in sexual activity. And keep in mind that you want to have sexual activity before to ovulation, therefore you should never underestimate the importance of biology!

When you are most fertile, your libido increases. If you’ve ever wondered why your sexual desire changes during the course of the month, here’s a key reason for it: your hormones. Put this information to good use, and pay attention to how your body is responding to the changes. Regardless of the findings of the ovulation test strips, you should continue with sexual activity if you are in the mood for it.

How Fertility Charts Can Assist You in Conceiving

Every month, you produce one egg. However, these eggs are not produced monthly. You are truly born with an infinite number of eggs. The quantity of eggs in the ovaries diminishes throughout time.

A newborn with ovaries has around 2 million eggs at birth. By puberty, this number falls to around 500,000. The genetic stability of eggs decreases with age. This is why women over the age of 35 have an increased chance of infertility, miscarriage, and having a child with a genetic condition.

Due to the fact that you are born with all of your eggs, some cancer therapies might induce irreversible infertility. If the cancer therapies destroy your ovarian eggs, you will be unable to generate fresh ones in the future. Egg freezing may assist cancer patients in preserving their fertility.

Sometimes, people who desire to defer parenthood until beyond age 35 undertake this treatment. They freeze the egg in their twenties with the intention of using robust eggs later in life.

However, the use of egg freezing to delay biological aging is contentious and has hazards. It is also vital to understand that freezing your eggs does not ensure a future pregnancy.

These eggs develop into ovulation-ready eggs over the course of a few weeks prior to being discharged. Before and throughout this maturation stage, your health practices might impact the quality of your eggs. Your health habits before conception may affect your capacity to conceive, your ability to remain pregnant, and the health of your future child.

Diet during preconception may impact fertility and the health of an unborn child. For example, folic acid is necessary. Low folic acid levels may cause reproductive issues, an increased chance of miscarriage, and an increased risk of birth abnormalities.

Daily consumption of 400 micrograms of folic acid is recommended for all women of reproductive age, regardless of whether they are actively attempting to conceive. The daily dose recommendation during pregnancy is 600 micrograms. Those at a greater risk may need a larger dosage.

Zinc may also be a critical nutrient for optimal egg formation, according to newer research. Consult a physician about which supplements you should use while attempting to conceive.

Your weight is also important. Obesity is one of the most prevalent avoidable reasons for irregular ovulation. Even a 10 per cent weight loss may enhance your chances of conceiving.

Cigarette smoking is an additional danger to fertility. In addition to reducing fertility, it also accelerates the pace of the egg’s age. If your partner smokes, it may potentially negatively affect your fertility and the health of your future child.

Menstruation Does Not Indicate Ovulation

Some individuals wrongly assume that ovulation occurs concurrently with menstruation. Actually, this is not the case. People with anovulation may have abnormal cycles, lighter or shorter than normal periods, or exceptionally heavy periods.

Additionally, they may spend months without menstruation. However, it is also possible to have regular cycles that seem normal without ovulating.

Just because you have a period does not guarantee that ovulation and fertility are normal. Before attempting to conceive, you should see a medical professional if your periods are irregular.

Ovulation Isn’t The Only Factor

A healthy ovulation cycle is essential for conception, but it requires more than a mature egg to conceive. Sperm must have access to the egg. This implies that the fallopian tubes must be unobstructed and in good condition.

A fertilized embryo requires a site for implantation and development. This implies that you also require a uterine environment conducive to fertilization.

To conceive, you also need healthy sperm. One-third of heterosexual couples with infertility will identify male infertility as the underlying reason. Others will discover that both male and female reproductive issues are problematic.

Additionally, you may have extremely regular menstrual cycles, but if you are in your forties, your eggs may not be optimal for conception. Your fertility ceases prior to the end of your periods. You may develop infertility if you or your spouse have ever been diagnosed with a sexually transmitted infection, even if it was treated. The infection might result in scarring of the reproductive system. There are some couples who never discover the cause of their infertility. Between 15% and 30% of couples suffer from unexplained infertility.

If you are unable to conceive after one year, regardless of whether you are experiencing signs of infertility, you should consult with a healthcare professional. Consult a healthcare physician after six months of attempting to conceive if you are older than 35. Delaying therapy might diminish the likelihood of success. 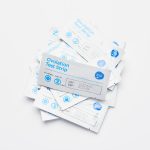 Signs and Symptoms of Ovulation 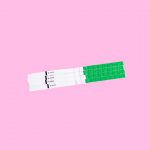 Ovulation: Seven Signs That You Ovulated 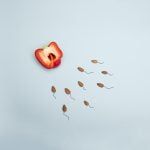