We all know the basics of conception. Sperm meets egg when the female ovulates, fertilises the egg to start conception, then transforms into a baby. But just how does that happen? For a long time, I thought that everything that came from a male during orgasm was sperm. Oh, how wrong I was!

Let’s look at the anatomy of sperm and semen. The male reproductive system creates sperm that is manufactured within each testicle. The head of the sperm contains the DNA which, when combined with the egg’s DNA, will create a new individual. The tip of the sperm head is the portion called the acrosome, which enables the sperm to penetrate the egg. The midpiece contains the mitochondria which supply the energy the tail needs to move. The tail moves with whip-like movements back and forth to propel the sperm towards the egg. The sperm has to reach the uterus and the fallopian tube to fertilise a woman’s egg.

But that’s not all that comes out when a male climaxes, though. That is just the part that carried the DNA. What is actually released during ejaculation is called semen.

To gain a better understanding of what semen is and how it works to transport the sperm to the egg, I turned to News-Medical.net.

The semen travels through the ejaculatory ducts and mixes with fluids from the seminal vesicles, the prostate, and the bulbourethral glands.

The seminal vesicles produce a viscous, fructose-rich fluid forming around 65-70% of the semen base.

The white colour of the semen is due to secretion from the prostate glands containing enzymes, citric acid, lipids, and acid phosphatase. This forms around 25-30% of the semen base.

At each ejaculation, around 200-500 million sperms are released by the testes. This forms about 2-5% of the semen composition.

Apart from these, the bulbourethral glands produce a clear secretion. This helps in the mobility of the sperm cells in the vagina and cervix. The glands’ secretion contributes less than 1% to the overall semen composition.

The semen comprises of:

As you can see, there is way more going on when the male climaxes. And I don’t know about you, but I think it’s a pretty cool process. I definitely won’t be thinking of it the same way again! 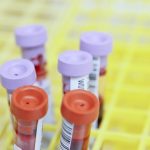 Fertility Specialist – How To Choose One 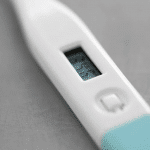 How To Successfully Chart Your Menstrual Cycle

I Want to Get Pregnant: Where Do I Start?